SPICED EMOTIONS INFUSED WITH THE VOICE OF CUBA

Deeply rooted in the Cuban culture, an iconic song lingers in the hearts of the people. Lágrimas Negras from 1929, also known as Black Tears, tells the story of a young woman, weeping tears of true love.

To embrace life through true emotions is the Cuban way of living, no matter if it’s about a song or the passionate craftsmanship of rum making.

Distilled from exceptional molasses, sourced from the mills in the province of Ciego de Avila for more than three centuries, this Cuban silver dry rum is infused with seductive spices from the island. Not only has it a gentle and mysterious sweetness of cocoa, but it is also accompanied by the punch of coffee and a lingering, pepp-ery trace of ají dulce.

This bittersweet blend, packed with emotions to celebrate the Cuba of today, has earned the most exquisite Cuban seal of high-quality rum, the Vigia seal. Well-balanced and low in sugar, it is truly emotional and the first of its kind on the global market.

The Island Rum Company was established in 2012 in Norway by three passionate entrepreneurs and innovators. The idea was to combine local influence and networks in Cuba with deep international drinks industry experience to bring to global markets unique new and existing Cuban rum Brands. We are building on the current fascination with Cuba and the reputation of Cuba as the home of rum. We are combining the deep traditions of Cuban rum making and with innovation and progressive thinking in product development.
Contact: info@itscuban.com
Watch presentation movie: The Island Rum Company 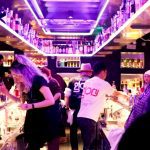